I actually wrote this a few weeks ago, but never got around to editing it and therefore never shared it…Well, here it is, better up and unedited than never caught up at all:
“When are we meeting up?” the date I wasn’t attracted to texted me. I spent a couple of hours thinking about what to say. Usually I tell them I’m busy until they stop asking. I couldn’t just go ghost on him. It would be worse than turning him down. But does anyone really enjoy rejecting someone who didn’t really wrong them in any way? I know how shitty rejection can make me feel no matter who it comes from, but even more so when it’s someone I have any interest in. I decided the least information I gave the better. Hopefully he wouldn’t ask. We’d only met once, neither of us had vested that much time into anything, it was perfectly acceptable to turn him down, except it always ruins my day when I do it. I went with four words- “Sorry, I lost interest.” It was true. It didn’t specify that I’d lost interest in him or in seeing him or in the suggestion of hooking up with him or in dating in general. But he’d still get it. After a few hours he replied “No prob! All the best!” in two texts. And that was it. It was easier than I thought and I felt good about not continuing to lead him on or string him along. I was also happy I felt confident in my decision.

I probably felt crappy about getting a message from someone I didn’t have interest in when they had interest in me because I still haven’t heard back from my Faraway Crush. This is actually a private note I wrote the other night, but I decided to share it here because I thought maybe others could relate: “Thinking about the way I don’t talk to guys who have crushes on me, I feel it’s similar to how —– isn’t talking to me now, and I have been pretending I don’t care, but I can’t seem to stop myself from liking him and I really wish I could because I feel like he doesn’t deserve to be in my thoughts because he doesn’t think about me, but since I can’t stop myself from liking him, I still feel bad that he doesn’t think about me or like me and I miss him.”
How long is one supposed to wait before sending a follow-up “Hey, what’s up?” message after the last messages were ignored? It’s been a few months. Originally I figured he’d message me at some point. Maybe there’s still a chance he will. I don’t even care about what the reason is that he hasn’t been speaking to me, as long as I don’t know what it is. I recently tried to put myself back on his radar by “liking” some of his FaceBook posts every now and then. That failed. I think I might no longer care how it may appear if I try to start a conversation with him again, but I also don’t want to further push him away, or feel even crappier if that message goes ignored too. It’s about timing, if I message him at a good time he might respond and we can resume occasionally chatting, but if I message him at a bad time and it goes ignored, there’s no way I can casually try again in a few weeks, I’ll have blown it. I feel really silly about the whole thing. About thinking about it this much. About not dropping it by now. But no one else has piqued my interest these last few months. I’ve been trying to date around and so on, but I have yet to find a new distraction. And I can’t drop it because maybe he really is still coming to visit in September and I’d really like that. So yeah, I’m posting this. Just so you know I have a silly/pathetic/whiny/occasionally-obsessed/vulnerable side to my mind too.

What’s worse than someone keeping a dating blog? Someone trolling a dating blog! Does it get any more pathetic than that? To be honest, I thought it would have happened years ago, but I actually just got my first ever negative comment on this blog! (I marked it as spam after quickly skimming through it because it was long -and who wastes time reading crap like that anyway?!) The only part I read was where the prick entirely misunderstood something I’d said in one post, and went on to throw insults at me over it. The best part was towards the bottom when they made some asinine list about how to be a good girlfriend. Yeah, I’m pretty sure the internet troll verbally attacking a woman on her blog has the best dating advice! –And certainly they don’t deserve this much attention over the comment, but I felt like it was a milestone I wanted to log. My blog’s been trolled by an internet jerk –It’s totally an official blog now! So thank you, internet troll, for helping make this blog legit <3 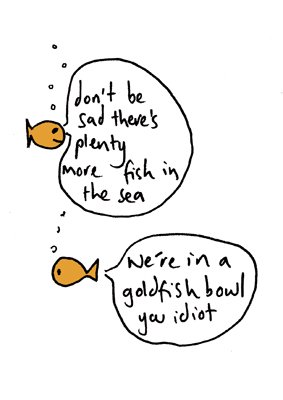 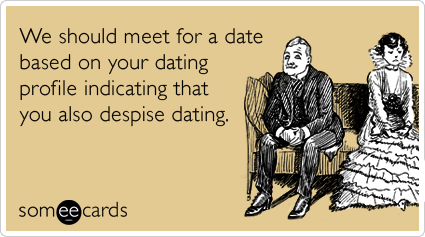 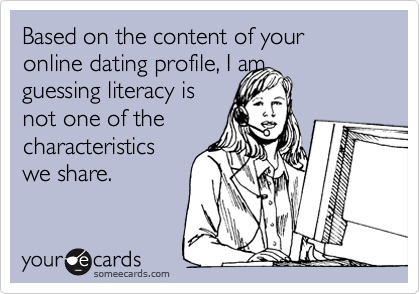 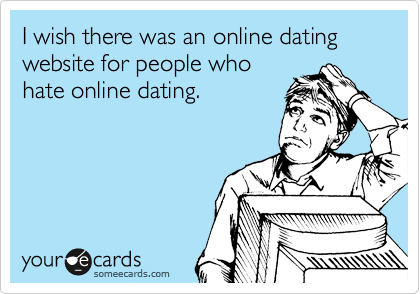 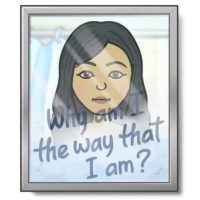 the story of a human being unfolding